A year to remember fondly – at least when it comes to privacy.

None of us need a wrap up of 2020 as a whole – the history books will take care of that. So being a privacy brand, we’d like to look retrospectively at 2020 from a particular angle: privacy!

So, even though 2020 has been a year to forget for a lot of reasons, it’s also blessed us with positive strides for privacy and a clearer view of the private future that we’re reclaiming.

And so, in no particular order: Here’s all the positive strides taken for privacy in 2020. This has been a hell of a year overall, so this is positive vibes only. 😊
‍

They’re constantly improving, though, and that isn’t something to take for granted. Insufficient, lacklustre laws always have a habit of staying in place despite their ineffectiveness wherever you are in the world. A massive round of applause, then, to the European Court of Justice for laying down a killer blow to the totally ineffective Privacy Shield.

The Privacy Shield was a replacement for its previous, also insufficient predecessor, Safe Harbour (which was killed off in 2015). Both laws set out the rules for data sharing between EU and US companies. The Privacy Shield is meant to guarantee European citizens’ right to privacy when their data is being stored on US servers, and vice versa.

Minor problem: It completely failed to guarantee that.

US and EU companies can still share data using Standard Contractual Clauses (SCCs), but that smoking hole left by the defunct Privacy Shield needs to be filled. The EU will be looking for something a lot more effective.
‍

Governments worldwide have needed to develop track-and-trace apps to help contain the Coronavirus pandemic, but there’s been a lot of controversy about just how much power governments and corporations should have when tracking citizens. A centralised database that stores most of a government’s citizens’ data is arguably too much to stomach.

Germany was all set to have just such a centralised database. After hundreds of privacy activists and academics signed an open letter, Berlin performed a last-minute U-turn. The app was delayed, and a decentralised approach taken instead. That’s not surprising when you consider Germans are particularly sensitive with privacy matters, especially when it comes to state surveillance.

Interestingly, it wasn’t just about pressure from activists: Apple turned up the heat as well. The company has been increasingly vocal about privacy protection in recent years and reportedly refused to make things easy for the German government if they developed a centralised app for iPhone.

Germany’s Corona app is a great example of how privacy can and should be taken into consideration in even the most pressing situations. If a government can develop private tech under such extreme conditions, Big Tech shouldn’t have a problem making all its services private too.
‍

Keeping the European Union in our scope, there's a second European privacy-related undertaking we should talk about.

Think about the term ‘behavioural advertising’ (microtargeting) for a minute. It’s more than a bit weird.

Your behaviour is tracked and analysed so that it can be understood. Bear that in mind when you’re on platforms such as Google or Facebook: Advertisers on these platforms have been tracking and analysing your behaviour, and everyone else’s, for years.

In some ways, they know you better than you know yourself. That’s something to think about when you’re next buying a product online – how much analysis went into what you were shown? How much of your subconscious was being hacked?

It’s also likely a new European entity will be created, one with the power to monitor companies and impose fines for breaking behavioural advertising laws.

While it’s not going to be an instant change, Google has announced that its Chrome browser is heading towards a strictly no (third-party) cookie diet by 2022.

Perhaps unsurprisingly, Google (which doesn’t have the best privacy reputation on the market) is lagging behind their main rivals. Apple’s Safari and Mozilla Firefox have already neutered third-party cookies on their browsers.

Make no mistake: these decisions are all about privacy, not business. Third party cookies have become increasingly invasive over time but remain a great business model. It’s only due to increasing public concern and the work of privacy activists that any change is being done at all.

How, exactly, a third party cookie free internet will function remains to be seen. Alternative proposals are being hashed out and new compromises are being made, but it’s certain that whatever our browsers settle on will have to stand up to the public’s strict privacy standards.

The EU’s General Data Protection Regulation (GDPR) is the continent’s strongest weapon against data privacy violation. Until a few years ago it was relatively weakly enforced, but in 2020 it’s really grown some teeth.

We love to see it. Fines alone won’t be entirely solving privacy violations anytime soon – even fines in the hundreds of millions amount to little more than speeding tickets for mega corporations such as Google, and Apple have stepped up their privacy without the threat of fines – but this is a big leap forward in the fight for privacy and it’ll be making many companies think twice before invading your personal data.
‍

Xayn has been launched

Privacy-invading search engines are one of the biggest threats to privacy, yet a massive, overwhelming majority of people continue to use them. There’s a reason behind that, and it’s (usually) not apathy: The alternatives out there just aren’t as good!

Xayn is using the latest in privacy-protecting AI technology to provide the best search around without any of the compromise. It’s fast, secure, and as an added feature personalises based on your direct input.

All in all, it’s been a great year for privacy and we’ll be pushing to keep the momentum.

More pressure in the coming years should bring in even more change. Be the change you want to see in the world! Follow us on Twitter to join the conversation and download Xayn to protect your privacy.

We hope you liked our 2020 recap of all things private – positive vibes only, of course. 😊

Photo by Kelly Sikkema on Unsplash 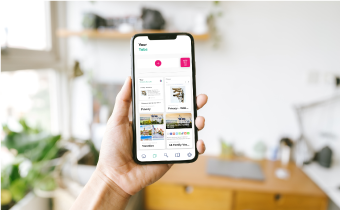 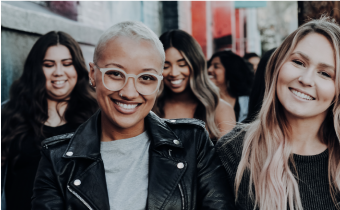 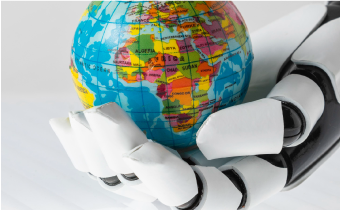